A few days ago, I had a lot to say to you.  I had my blog written in my head as I sat carving wood and pyrographing runes… it is when I do my best thinking.  But right now, on the day George Floyd is lying in state in Houston, Texas, US I have nothing remarkable clicking round in my head.  Isn’t that just the way of it? 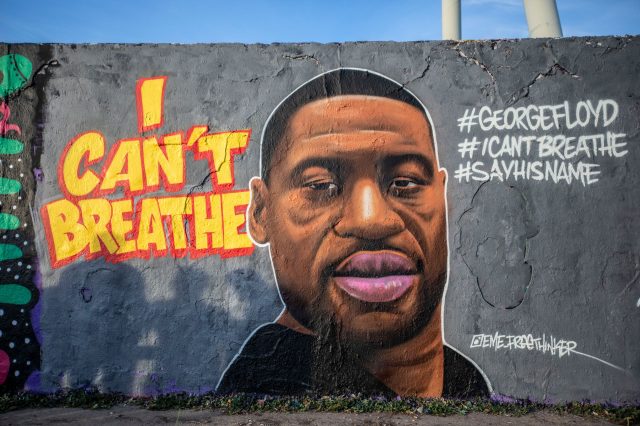 Really there are no words, is there?

Why are people so flaming mean?

When did police officers become judge and jury?

Why in hell did we still have a statue of Edward Colston, murdering slave trader from the 1700’s still up in public view in Bristol – until the “thugs and criminals”, i.e., protestors [!], per Priti Patel, Secretary of State for the Home Department – tore it down and chucked it into the River Avon? Good on them, I say.

Why are people in the US still waving Confederate flags?

Why, after two centuries of anti-slavery, do we still need to fight for anti-racism?  Because.

Because when slavery was abolished it did not abolish the way white people thought of black people [or any people that were different from themselves].  Outwardly it made us look so respectable and kind to black people; after all, we just stopped the trading, slaving, whipping, and annihilating the self-respect and hope for a respectable future of a race of people.  How very good of us, our ancestors must have said.  Meanwhile, what did we do for those poor souls we had treated so abhorrently for decades and decades?  Nothing. Former slave owners received formal compensation for their losses from the British government, with the slaves receiving no reparations.

It makes me sick.

And, so it has been ever since.  And men like Edward Colston got statues erected in their honour.  Not that they had any honour.  It is said he used his ill-gotten wealth to fund schools, hospitals, and churches in Bristol.  And white people and their children benefitted from the benevolent gesture of a white man’s money gained by the malevolent taking, stripping, trading, and oftentimes murdering, of black people.  Horses and dogs were treated better by far. Not that they should not be treated well, but… 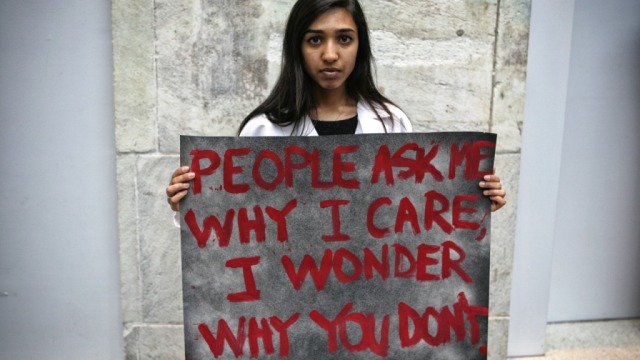 Black people are human beings.  Black people want and deserve love, respect, kindness, smiles, cuddles, equal pay in jobs, friends, happiness, hope for the future for themselves and their children’s futures – all of those things which make white people happy and get easily enough. Because they are white. White privilege.   Black people want to  enjoy these things as well. Some do, but even the most affluent or happy or well-loved black person has had to work all the harder for where they are today than did most white people.  And, it still does not prevent them from being monkey-called or told to go back to where they came from [99% of the time they come from the same country the racist heckler comes from] nor does a handful of black people who made it in this old world mean that everything is ticketyboo for all  black people.

If you know you are racist, please just try to learn about the people you deplore so.  Get to know them.  Embrace the fact that it is alright that we are all different.  What would be the joy in everyone being the same anyway?  Had Hitler gotten his way we would all be blond haired and blue eyed.  We would eventually evolve into everyone looking just alike.  Listen, I have been into neighbourhoods where you drive down the street and all the terrace houses look exactly the same.  How do you know which one is yours when you come rolling in at 2 am, drunk as a lord? Exactly my point.  Do we really want a world where everyone is a clone of another? I think it could cause many more problems than it’s worth!  Especially when you go to kiss someone else’s missus because you think she’s your missus!  I rest the defence.

John Lennon wasn’t wrong when he sang “All You Need is Love”.  Let’s try having more love and far less hate.  Be the difference.  If you dare.

Everything worth knowing, I learned from my Nana. I'm a sixty-four year old cunning woman who practises a solitary English hedgewitch life in as near the old ways as I can. I do not sacrifice small animals, neighbours, nor eat children. I'm more interested in visiting my ancestors on hedgewalks. And, I am owned entirely by my lovely feline companion, Pippa [Lady Philipa Cattington].
View all posts by Isabella →
This entry was posted in Business, People, Racism, Uncategorized and tagged all you need is love, bigotry, black lives matter, Edward Colston statue, George Floyd, murder by police, police brutality, Racism, river avon bristol uk, say his name. Bookmark the permalink.