The Magickal Boswellia Tree, or The Frankincense Tree 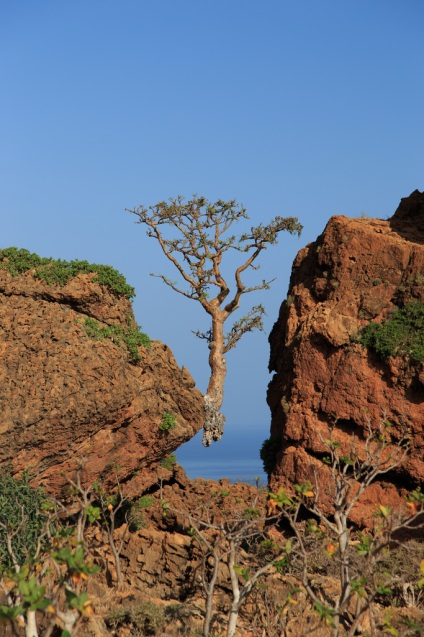 Ah, the Boswellia sacra tree!  The sap of this tree is the most used resin in all of history for purification, protection, consecration, and healing.  It is most prevalent in northern Somalia and the Dhofar mountain range in Oman.  Boswellia serrata also produces frankincense and is native to much of India and the Punjab region that extends into Pakistan. The Boswellia Sacra tree is rather small as trees go and it grows to a height of  about 2 to 8 metres or 6 to 26 feet.  The most famous product of either Boswellia tree is its resin… it is what we have come to know as Frankincense.

We learn about Frankincense from a very early age.  As children, many of us were brought up in Christian households, but not relegated to being Christian; practically every religion has heard the story of the Three Wise Men visiting the Christ child and the gifts they brought to honour him, one of which was Frankincense. Frankincense was used long before Christianity as incense and oil for consecration, purification, and protection of sacred spaces and people. The Catholic religion was, as far as I know, the first Christianity-based religion to use Frankincense.  The Church of England used incense throughout its history, until the mid-1600s, when it fell into disuse generally and subsequently became illegal. From that time, though, it continued to be used in worship in isolated instances, such as in York Minster, and since the mid-19th century its use has spread and increased. It forms a normal part of ACC liturgy and worship.  Jewish rabbis use consecrated frankincense in ritual, particularly in the ceremony of Ketoret.

Our cherished Frankincense supply could be in decline over the next years.  Read more in this article by the BBC.

For most of you reading today, I would be hard placed to give you any new information about Frankincense in magick.  You already are familiar with using the resin along with tree bark and herbs for different spells.  You already know the oil is fabulous for protection.  And, you most likely burn Frankincense joss sticks for purification of your home or any sacred space.  I’m particularly pleased that I can still burn Frankincense for as I’ve grown older my olfactory sense has become very sensitive to Dragon’s Blood, which I adore.  Now, I can regularly burn Frankincense as it is gentle on my poor nose.

But Frankincense does not need to be burned to be effective.  It is one of the nine herbs, flowers, resins, and woods we use in our Protection Witch Bottles and Necromancer’s Witch Bottles.  It is believed that carrying a piece of Frankincense is protective.  It can be held in a small bowl on your altar as an offering to your favourite Sun God or Goddess.  You can anoint yourself or another with the oil for protection as well as anoint your altar or witch tools.  I would be interested to learn of your uses for the resin or the oil. Please use the comments section below.

Resin made from Boswellia extract has been used for centuries in Asian and African folk medicine. It’s believed to treat chronic inflammatory illnesses as well as several other health conditions such as arthritis, some cancers, osteoarthritis, asthma, and irritable bowel disease [IBS].  Boswellia is available as a resin, pill, or cream.

Boswellia products can differ greatly. Follow the manufacturer’s instructions and remember to speak to your doctor before using any herbal therapy.

General dosing guidelines suggest taking 300–500 milligrams (mg) by mouth two to three times a day. The dosage may need to be higher for IBD.

Boswellia may stimulate blood flow in the uterus and pelvis. It can accelerate menstrual flow and may induce miscarriage in pregnant women.

Other possible side effects of Boswellia include nausea, diarrhoea, acid reflux and skin rashes.