Condolences to El Paso and Dayton 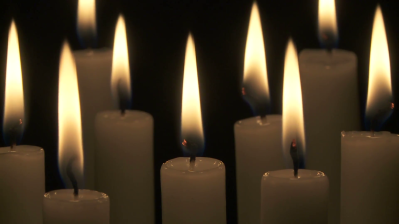 My empathic heart cries for you… the victims, of course, but moreover the ones left behind who will have to carry on without their loved ones and friends.  I do know how hard that is because in our own family we had a “senseless shooting” in the early 60’s which involved the loss of my uncle.  It was not in a “mass shooting”, however, all shootings are senseless in my mind.  There are no more words I can give you.  There are never “the right words” in these cases.  “Thoughts and prayers”, the most useless of so-called sympathies, fall upon deaf ears for we know, the victim’s families, that it is just lip-service to hopefully make us feel cared for.  It doesn’t even touch the sides.

When the news reports came onto the BBC, I couldn’t help but burst into tears.  I don’t know you personally but that doesn’t matter.  My heart broke a little more, as it always does when I hear of these things.  And then, I get angry because I know beyond a shadow of a doubt how well good, secure gun laws works; look at Japan for a shining example.  In 2015, the entirety of that year, resulted in twenty-three [23] gun deaths in Japan.  Yes, you read that correctly.  In the US for the same year, there were over 37,000 gun deaths and many mass shootings.  In fact, 2015 has been called the year of mass shootings.  The difference is that Japan has amongst the stiffest gun laws in the world.  You may only own a rifle, no handguns, and certainly NO military-grade weaponry.  Not only does the person seeking a permit endure many background checks and a two-year waiting period, but so does his or her immediate family as well as strict psychological testing for all.  In the US, from what I have read [and gun laws vary significantly from state to state] in many cases you can pitch up to a gun shop, buy a gun, wait three days, come back and pick it up.  That is insane.  I have a feeling many of you in the US are feeling that as well by now.

When the recent mosque shootings in New Zealand happened, Prime Minister Jacinda Ardern shut down any glorification of the shooter by not speaking his name and then said the gun laws would be changed post haste and they were.  But when the people of the US try to get anything changed, their NRA – beloved by all whom have arsenals of weapons of all kinds – try to gaslight the victim’s families into thinking it is their faults that this happened.  And, of course, they love to throw more guns at the situation.  Lots of school shootings? Let the kids and the teachers carry.  Shootings in the workplace? Carry.  And so on.  Is it any wonder people think of the wild west? But from what I gather, the numbers/percentages of those in favour of guns has changed in the last four years.  Around 2015 there were more in favour of guns and now, only a bit half-way through 2019, the tides are changing and depending on the day, there are about 50-50 in favour and on a good day there are more than 50% whom disfavour guns.  And, the NRA have been going through a lot of trouble of late, effectively on the brink of bankruptcy and lawsuits.  America, it is time to stick the boot in and get the laws changed.  You can do it.  And, no, I would not advocate taking away every gun… there are people who do still hunt for food.  I’m not a fan of pistols [oh Hell, I despise guns full stop but I’m not an idiot, I do know people hunt and stuff] but the British aren’t coming anymore and you can also not worry about a zombie apocalypse because you’ve got worse things to worry about and none of those require guns.  All that is needed are very strict background and mental health checks, first.  And then ban all assault/military-grade weaponry. Will this completely stop gun violence? No.  Will it stop mass-shootings? Yes.  Will the yearly death-by-gun numbers drop significantly? Yes, Yes, Yes. My ultimate idea means re-writing your 2nd amendment to clarify how gun ownership is not a God-given right but a practical privilege which should be upheld with honour and respect for human and animal life.

Perhaps I have no right to weigh in on such a hot-button subject.  But as I have a very high regard for the sanctity of life, and I feel connected to everyone, and I foresee a future of us all working together for the common and greater good of all species, yes, I feel I do have a right.  I’m sure I’m not the only one, either.  El Paso and Dayton [and the myriad of other cities which have had mass-shootings over the years], this is all I have to give – my ideas and my heart.  It seems the only practical thing to give as I’m not there to give you hugs and flowers and hold your hands.  I can only keep you, like the others, in my heart.  It will be hard for you, but I wish it didn’t have to be.  You will grieve and feel alone, but you’re not.  You have a world full of people mourning with you.  We care.  We can only hope you feel the energies of love we send.  Warmest blessings to everyone x

2 Responses to Condolences to El Paso and Dayton