From the Wortcunner’s Cabinet – Chamomile 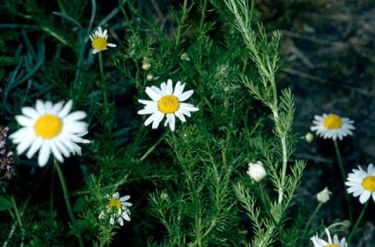 Of course, Chamomile is not only used in the UK and the US, but in earliest known usage it was favoured highly by Ancient Egyptians.  Chamomile was employed for treatment of diseases like malaria and fevers, as well as in the mummification process.  And, naturally the ancient Romans, Greeks, and Vikings were known to have used Chamomile in similar ways for health treatments. The Romans were known to have used Chamomile in their incense.

A good way to use Chamomile as a protectant is to make an infusion to use to wash thresholds of doors and windows which will help keep unwanted energies or entities from passing through. Use powdered Chamomile flowers around yourself or home in sachets or sprinkled to remove spells cast against you, to prevent fires, and lightning strikes.  Also, plant Chamomile near doors and windows, to prevent negativity from entering your home, or blend it into a sachet to carry with you when you think you might be in physical or magickal danger.   It really is best used along with other charms for defence of bad magick against your person.

Dried chamomile flowers, pulverised with a mortar and pestle, is an excellent incense blend to bring about relaxation and meditation.  Don’t forget, the Romans used Chamomile incense! Chamomile is especially useful if you’re trying to get yourself calmed and centred—blend it with lavender if you’d like to ensure a night of restful sleep with calming dreams. 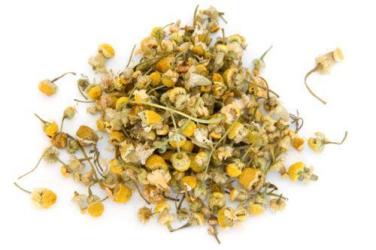 Chamomile in powdered or simply dried form is wonderful to use in candle magick.  Very useful is to make your own candles with dried Chamomile buds.  After anointing your candle with the oil you wish to use, roll your candle in the dried or powdered Chamomile for extra effect in your magickal working.  Be certain, of course, that the candle colour, oil, and herbs used are beneficial to your spell

It is said that washing your hands in Chamomile water before gambling will increase your luck. And, it would not hurt to wear a Chamomile flower and add some dried Chamomile to your purse, wallet, billfold or wherever you keep your money.  You can use Chamomile in money spells, using a green candle and perhaps a Patchouli oil to draw more money into your life.

Chamomile is a throat chakra herb.  You can help your voice by drinking Chamomile tea, of course, but during chakra clearing try placing a Chamomile flower on your throat as you meditate upon clearing the chakra.

Per Nicholas Culpeper, The Complete Herbal and English Physician:  “Nechessor saith, the Egyptians dedicated it [Chamomile] to the Sun, because it cured agues, and they were like enough to do it, for [they were] the arrantest in their religion that I ever heard of”.  Mr Culpeper goes on to say that Bachinus, Bena, and Lobel recommended the syrup be made of the juice extracted of Chamomile, and sugar to be inwardly taken for the spleen.  He also thought this concoction would dissolve kidney stones and would do so quicker by adding the mixture to a glass of wine… well, they always had wine for everything in those days, didn’t they?  I don’t know how anyone ever really knew they were ill as most often everyone was tiddly on wine!

Mr Culpeper also recommended a Chamomile decoction, or tea as we know it today, to take away the ills of phlegm, melancholy, or inflammation of the bowels.  Bathing in Chamomile took away weariness and pains, “comforts the sinews that are over-strained, mollifies all swellings”.  It also relieved cholic, “pains and torments of the belly”, and “gently provokes urine”.  Chamomile provoked sweats, helped women’s monthlies, dissolved wind in the belly, and was probably the number one go-to for almost any ailment during this time.  And we are still using Chamomile for all of the above today.

Many thanks for reading my blog today.  I hope you enjoyed it and found something useful to take away.  If so, please share via the social media buttons below.  I do welcome comments so feel free to do so and I shall answer back in short order.  Warmest blessings to all whom this way wander x