From the Wortcunner’s Cabinet – Poppy

As it is November, I felt it is a fitting time to talk about Poppy.  It is the flower representing firstly the lives lost in WWI and in succeeding wars.  It is a talisman to spark the memory of others to pray for our troops in the here and now, and to buy a Poppy these days means you support those troops and their families.  No matter how you feel about war, be grateful we have trained men and women who will protect us come what may.

End of my Poppy Appeal.  Let us move on to the magick.  Poppies have long been associated with death and sleep.  It was once believed that Poppies would grow where men died in battle.  Was it  coincidence that so many men died in the brutal battle in Flanders Field full of Poppies? For Poppies have represented the dead long before we adopted them as our official remembrance flower.

In the World of the Gods and Goddesses, Demeter loved a youth named Mekon. When he died, she turned him into a poppy.  And, Hypnos, Greek God of Sleep and Dreaming, sometimes carried a Poppy stalk or a horn filled with Poppy juice.  The Minoan culture featured a Goddess wearing a garland of Poppies in her hair, and Poppies in Christian art can represent both the blood of Christ on the cross and Christ’s death prior to his resurrection.

Poppy is a useful ingredient to put into loose incense for love spells or any kind of love working.  It is also used in Moon incense and in any incense for prophesy, fertility, psychic awareness, dream magick, and spirituality. 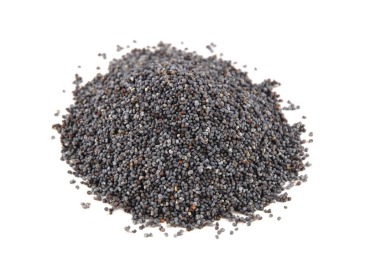 I have heard from people who practise HooDoo magick  that they mix Poppy seeds with Inflammatory Confusion Oil [which I’ve never heard of]  and rub the mixture on black Mustard seeds which are also widely believed to disrupt the activities of troublesome people.

Poppies are a flower favoured by Hecate and any magickal work you do using Poppy when you evoke Her name should go favourably with you.

Sleep with a sachet under your pillow stuffed with Poppy seeds to bring relief from insomnia.

The dried leaves and flowers of the Poppy can be used just as the seeds are if you don’t have the seeds.

We put Poppy in our Love Witch Bottle Necklaces to help people attract love and to learn to love themselves. 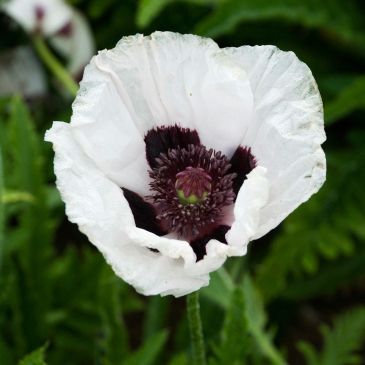 Historically the white Poppy has been and probably still is used for creating narcotic medicines.  And, they are still very much in use for creating heroin, unfortunately.  I’m afraid I can not speak to healing with Poppy as I am not at all familiar with it and a bit afraid to lead anyone else to dabble with it unless you only use it in sympathetic medicine.  Of course, using Poppy seeds in small amounts or even dried Poppy probably would not harm anyone, however, I do hear that ingestion of Poppy seeds can make a urine test positive for narcotics so if you think you may be tested in future, don’t eat the buns with Poppy seeds!

An interesting fact –  Roman surgeons used an anaesthesia made from Opium [morphine for numbing pain and limiting movement], Henbane seeds [scopolamine for inducing sleep], and Mandrake [for slowing heart rate and deadening pain].  Please do not try this at home.

Nicholas Culpeper in his 17th century tome, Culpeper’s Complete Herbal and the English Physician has much to say about Poppies, although for our purposes nothing which can be used.  He recommends “the garden poppy heads with seeds made into a syrup, is frequently, and to good effect used to procure rest, and sleep, in the sick and weak, and to stay catarrhs and defluctions of thin rheums from the head into the stomach and lungs, causing a continual cough, the forerunner of a consumption; it helps also hoarseness of the throat, and when one has lost their voice, which the oil of the seed doth like-wise.”

No doubt the patient was at the very least, quite happy!

Many thanks for reading and wishing warm blessings to all who pass this way.  I hope you found something of use in my blog and if so, please don’t hesitate to share via social media buttons below.  I also invite you to like and comment as I always answer.  X