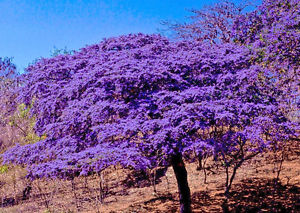 Ironwood is a common name for many woods that have a reputation for hardness.  And the insane number of species of “Ironwood” made it impossible to make this a sweeping inclusion of all Ironwood trees into one blog about how the wood may be used for magickal and medicinal needs.  So, the only thing for it was to choose one and go with it, therefore, I chose Lignum Vitae [Guaiacum officinale] which hails originally [near as I can tell] from the Caribbean and Northern South America. There is an Ironwood cousin in the UK called Persian Ironwood [Parrotia persica], however, it is more of a garden-variety ornamental tree and the leaves are stunning. Every country of the world has its own Ironwood species, whether from hailing from there originally or having been naturalised into that country.  As its name might suggest, it is the hardest of woods. 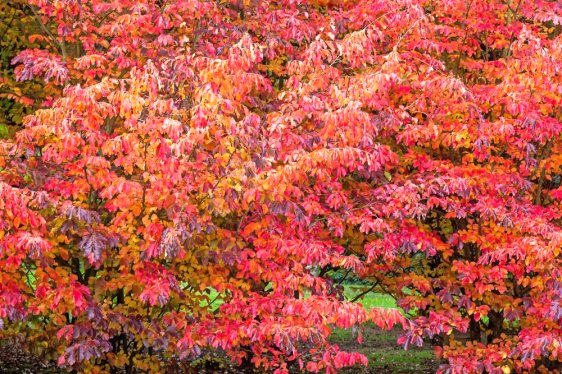 According to Druidry.org, Ironwood may be considered a birth tree for the dates of Jun 4-13 / Dec 2-11 and is called a tree of discipline, order, and admiration.  When given this tree sign, one can be referred to as having a steady and sturdy enough foundation for further growth and development, both in themselves as well as enabling the same in others.  I have detailed much about the various birth trees in one of my blogs but have yet to follow up on the Druid’s notion of birth trees.

Lignum Vitae was the traditional wood used for the British police truncheon until recently, due to its density [and strength], combined with the relative softness of wood compared to metal, thereby tending to bruise or stun rather than cut the skin.

Another way Lignum Vitae has helped police work is the heartwood of Lignum Vitae exudes a brown colour resin that has a pungent taste and has therapeutic as well as non-remedial uses. Amongst the various non-medical utilities of the resin, one extremely remarkable use is founded on the fact that when it is blended with any alcoholic solution, the colour of the resin changes to blue when it is exposed to bloodstains. Therefore, the Lignum Vitae resin is valuable to the police as well as other investigators who use this sap to detect bloodstains that may have gone unnoticed.

On a lighter note, it is used to make lawn bowls, croquet mallets, and skittles balls. The wood also has seen widespread historical usage in mortars and pestles and for wood carvers’ mallets. I think I should like one of those!

In Charles Dickens’ novel Bleak House, one of the characters, Matthew Bagnet is referred to as Lignum Vitae, “… in compliment to the extreme hardness and toughness of his physiognomy”.

According to T. H. White’s version of the King Arthur story, The Once and Future King, Lignum Vitae, from which the wand / staff of Merlin is made, has magickal powers.  Well, belonging to Merlin, of course it would!

From A Book of Highland Minstrelsy: With illustrations by R. R. M’Ian [1846] – “The Clan Mac Pherson possess a curious relic of the past in a Black Chanter [or flute part of the bagpipe], made of Lignum Vitae, and endowed with magical properties according to tradition.  Its origin is described by Scott in the “Fair Maid of Perth””.

Lignum Vitae is an exceptionally powerful magickal wood and has a profoundly positive energy. The overall energy of the wood can be summed up as “the power and strength of goodness.” Its strong connections with the Sun, Jupiter, and luck energy make the wood an ideal tool for any worker of positive magick. The energy about the wood is also very healing, in both physical and spiritual matters. The energies within the wood would also be excellent for divining information from far away as well as close to home.

Being startlingly durable and strong, with a heavy weight and impressive hardness, Lignum Vitae is so dense it can sink in water.  Known by other names, including Guayacan, Greenheart, and Iron Wood, the name Lignum Vitae itself means “wood of life”.  This is perhaps because it is well known as a powerful aid in preserving health and can be a potent component in spells with such an intention. Its sturdy properties are also reflected in the potency it can lend to spells of protection.

This wood represents the end of strife and the beginning of a new, positive, cycle.

Initially, Lignum Vitae wood was transported from the Caribbean to Europe in the form of an extremely valuable remedy for gout as well as the sexually transmitted disease [STD] syphilis. Although a misleading praise, using this wood to treat syphilis was said to be very effective during the 16th century. In effect, the treatment entailed administering large doses of the resin obtained by boiling the Lignum Vitae wood to patients who were covered tightly with plasters from their head-to-toe and subsequently detained in extremely hot rooms for about a month. Throughout the course of the treatment, the patients were provided with very small amount of food. However, besides being given the resin, they were administered big doses of mercury. Whilst several people succumbed to the disease as well as the treatment process, the few who managed to survive were cured of syphilis!

During the current times, scientists have discovered that this resin encloses two very active elements – guaiaconic acid and guaiaretic acid, which are highly effectual anti-inflammatory agents and work as local stimulants. They also possess laxative properties. Owing to their anti-inflammatory attribute, these substances are made use of in pharmaceutical formulations for treating tender throats as well as several inflammatory ailments, including gout and rheumatoid arthritis. In Europe, particularly in Britain, Lignum Vitae is employed in the form of a medication to treat arthritic as well as rheumatic conditions, as the anti-inflammatory attributes of this tree facilitate in providing relief from swelling and joint pains. In addition, Lignum Vitae possesses sweat-inducing, laxative, and diuretic properties. At the same time, Lignum Vitae accelerates the process of eliminating toxic substances and wastes from our body, making it an excellent remedy for gout. The tincture prepared with Lignum Vitae is often used in the form of a friction rub on the areas affected by rheumatic arthritis. In addition, if you are enduring tooth ache, you may dampen cotton wool with the resin exuded by this tree and apply it externally to the affected area to alleviate pain and swelling, if any. At the same time, the decoction prepared with the wood chips of Lignum Vitae works in the form of a local anaesthetic and it is employed not only to cure rheumatic joints but to heal herpes blisters as well.

The wood is known for helping to preserve health, making it great for healing magick when fashioned into a healing wand.

Many thanks for reading my blog.  I hope you found something helpful to your practise.  If so, would you kindly like our blog, leave a comment, a 5-star rating, and share on social media?  Buttons are conveniently below.  Warmest blessings to all wandering this way past. X

The Once and Future King, by T.H. White

A Book of Highland Minstrelsy: With illustrations by R. R. M’Ian [1846]

2 Responses to The Magickal Ironwood Tree